We went on an excursion to a different preserve, Phinda, which is large enough to have lions. The truck, which I don’t seem to have taken a picture of, was bigger than the ones we had been in for other drives. It had three rows of seats, besides the ranger/driver’s row. And out on the front was a metal chair welded to the truck. If you’ve seen the 1960’s-era John Wayne movie “Hatari”, you know what it looks like. The tracker sat there.

There are roads in Phinda, but they were basically only guidelines. If the ranger or tracker saw something interesting, we’d just turn and charge through the bush, though slowly. I was really glad to see that the tracker moved back into the truck if we were approaching a dangerous animal that could move fast, like a lion.

We first saw two young lionesses, who had just fed on a nyala they’d killed. They were still digesting, so were not very active, just lying around on the road, in the shade.

They’re sisters, about two years old. They look so cute and calm…but we were told that if we stepped out of the vehicle, that would change drastically. We elected to stay in… 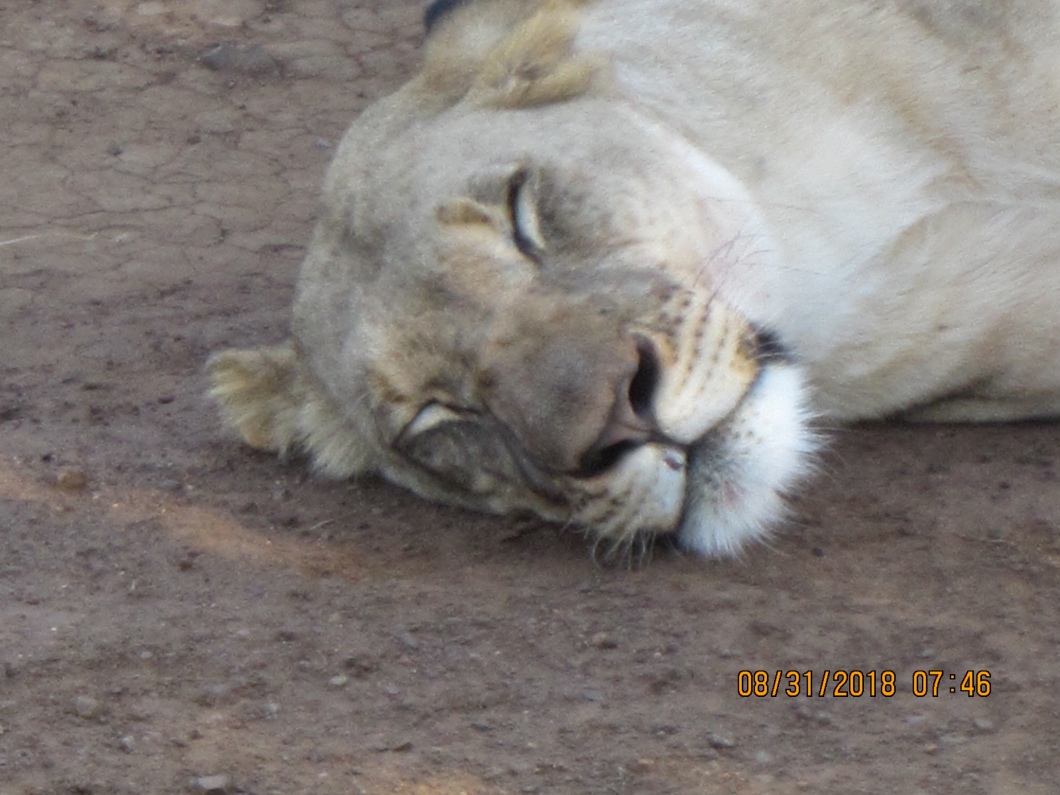 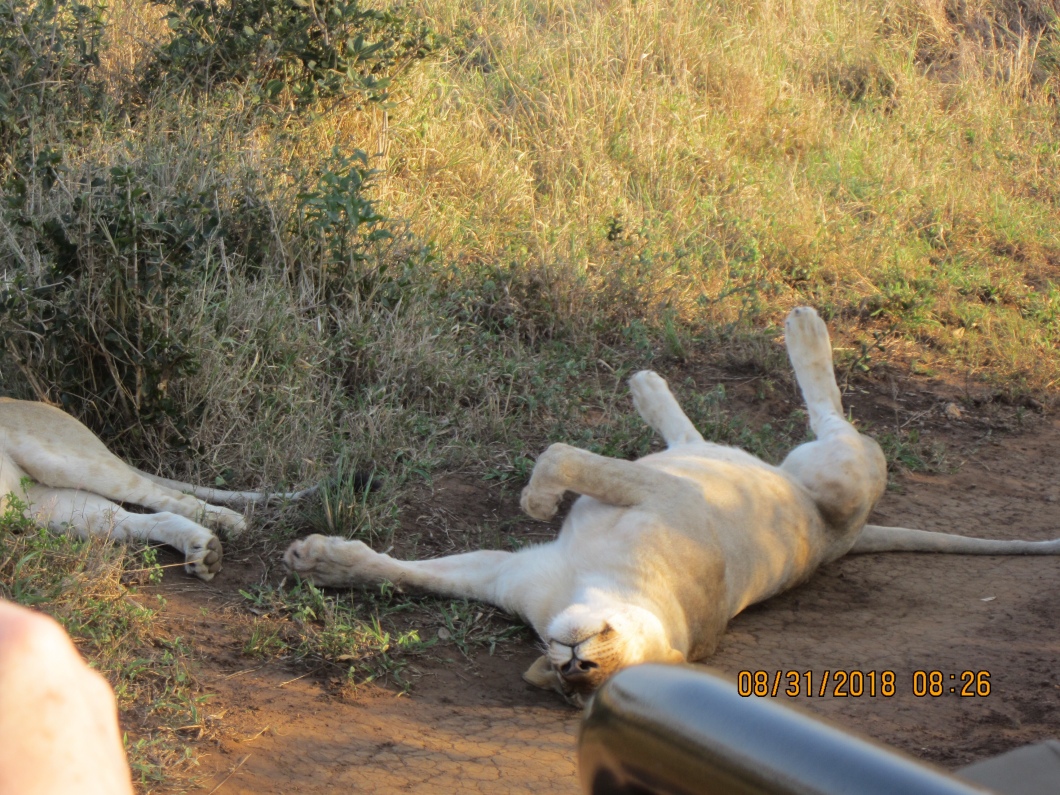 This one looks to be pregnant–the teats behind her front legs appear to be getting larger. 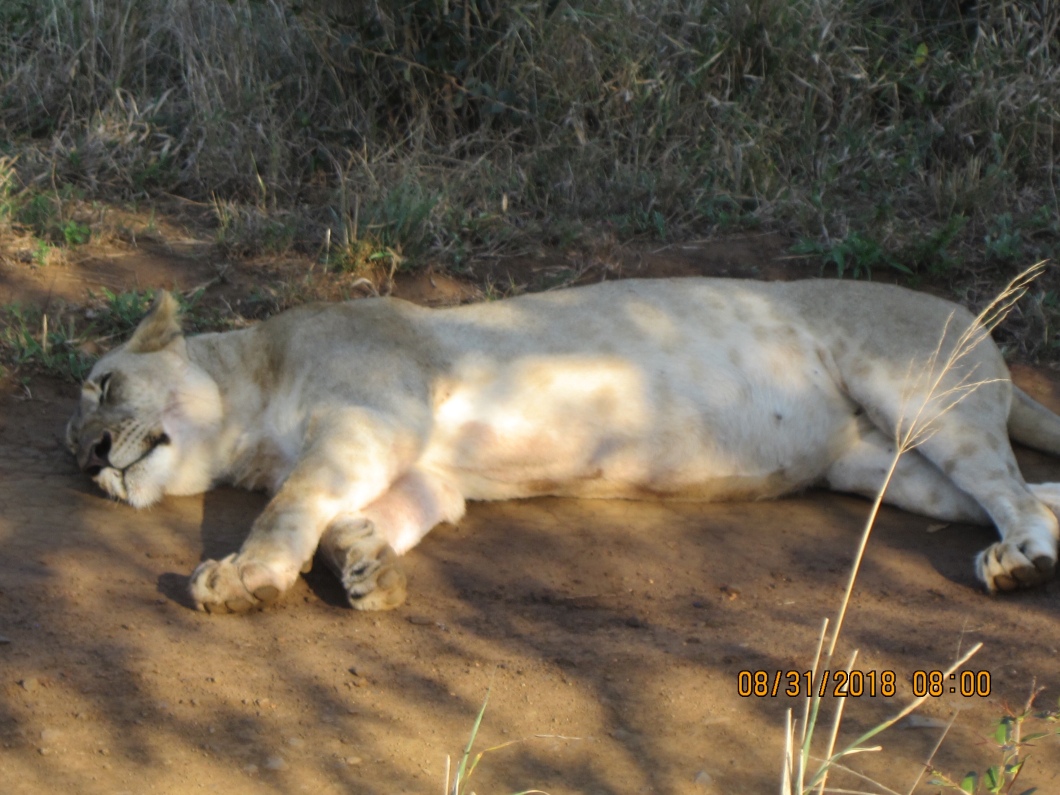 We saw boys too. These guys are about 1.5 to 2 years old. Just beginning to develop their manes, kind of like teenage boys with their first whiskers. The one on the left can be seen in just about any Egyptian tomb, don’t you think? Classic profile! 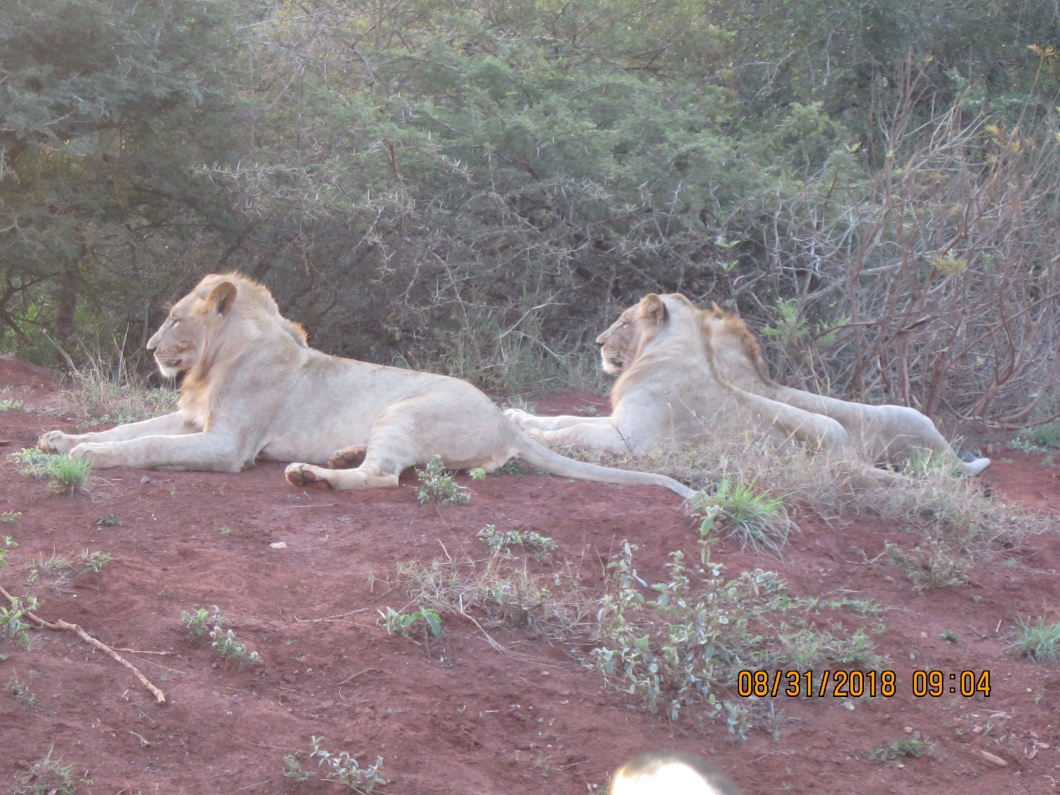 Our ranger, Nick, and tracker, Menzi (sp?). Menzi has really sharp eyes, he’d see some animal hunkered down in amongst the brush and, yup, we’d go over the river and through the woods to get there. Both have to go through extensive training to do their jobs, and you learn a lot about the country from them. They’re very aware that tourists are there to take pictures, so they do their best to find animals, and make sure you can get a decent picture.

We even had cocktail hour! We were able to get out of the truck on this dam. Nick pointed behind them and told us that’s where the restroom was. I availed myself of it, and came back with a few mosquito bites on my butt.

The bottle on the right is a liqueur called Amarula, made in Africa from the fruit of the Marula tree. You can get it in the States, and it is yummy. 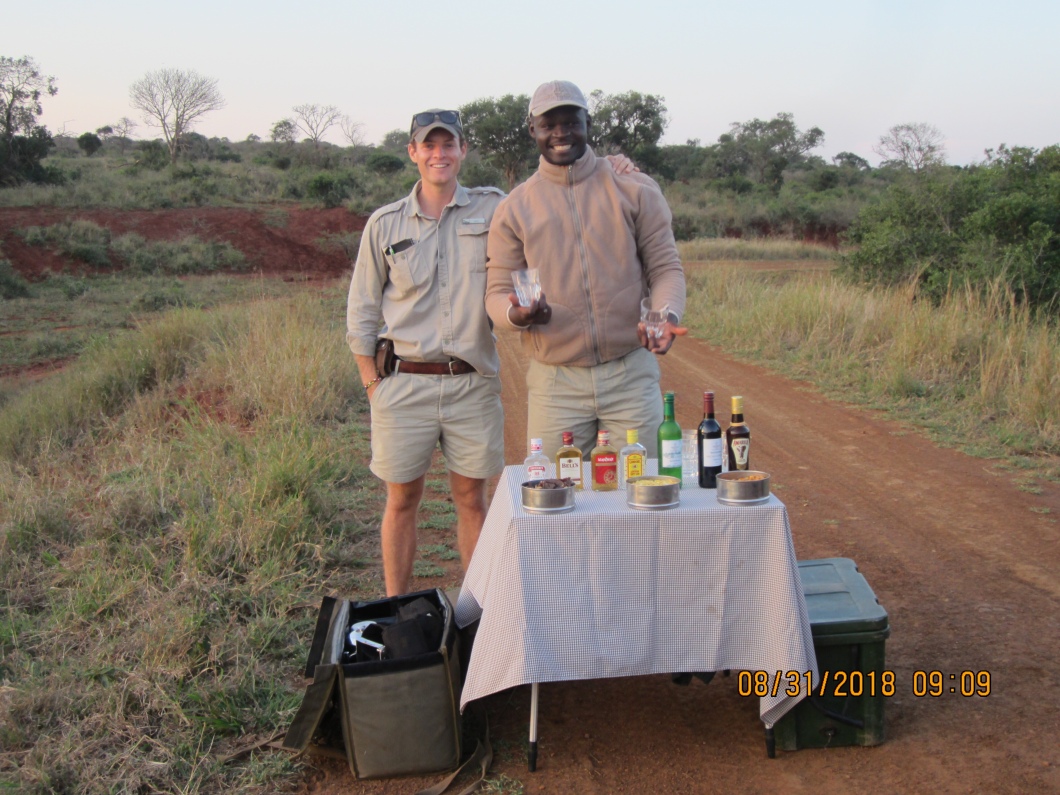 And another spectacular African sunset. Some of the color comes from fires in the area. Unlike California and Colorado, they aren’t wildfires, but from burning off sugar cane fields, or the stumps of the eucalyptus trees that have been harvested and sold. 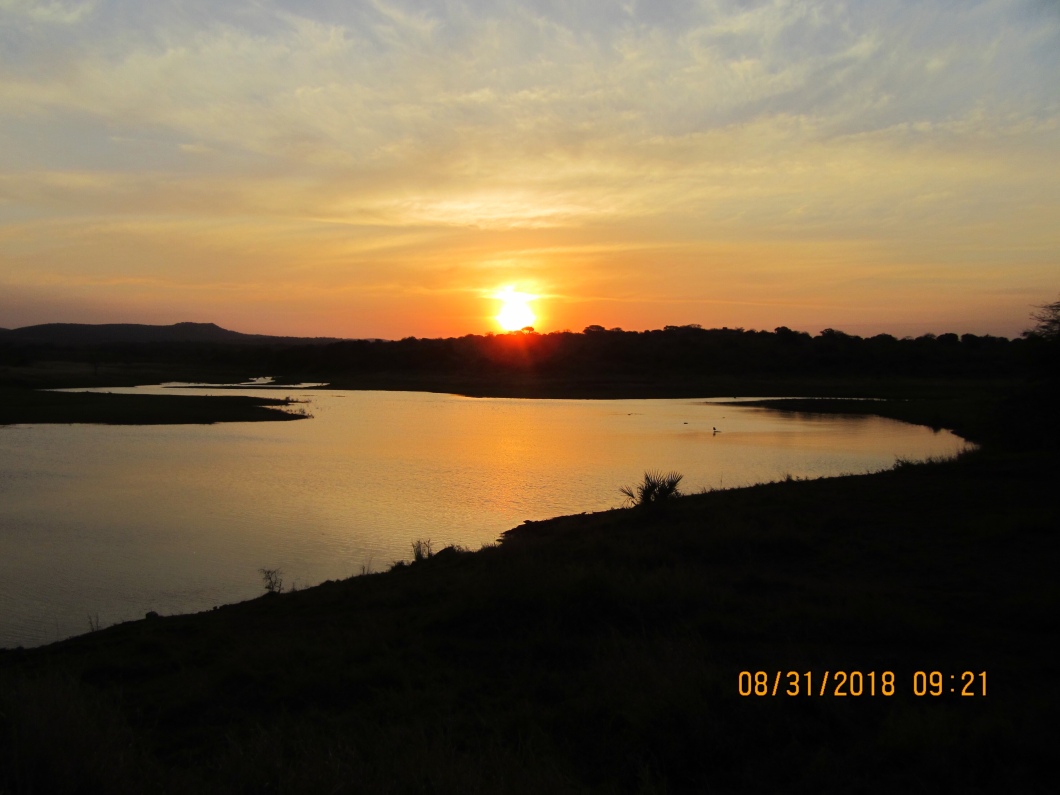 It was a great evening, one of so many. And, you know, lions.