The name of the game reserve where we were is Zulu Nyala (more on that later). Zulu for the native peoples, and Nyala for the deer-like animal that is more prevalent here than anywhere else in South Africa.

On the property is a Zulu village. Some people live there, and it’s also a demonstration village. I know I didn’t pick up all the information, so am not going to get very detailed here, for fear of making too many mistakes.

This small structure is used for cooking and storage, and before you ask, I am not clear on exactly how it works. But it shows the wonderful sorts of roofs that are all around the area. Grasses that dry to hollow tubes are used, with a beautiful structure inside and out. Just gorgeous.

This is a mini-mockup of a Zulu village, with the corral for the community cattle in the middle. To the right in this photo, you can see a bit of a full-size structure. Why didn’t I take a picture of the whole thing? I have no idea, except it was bloody hot and I think my brain was fried. 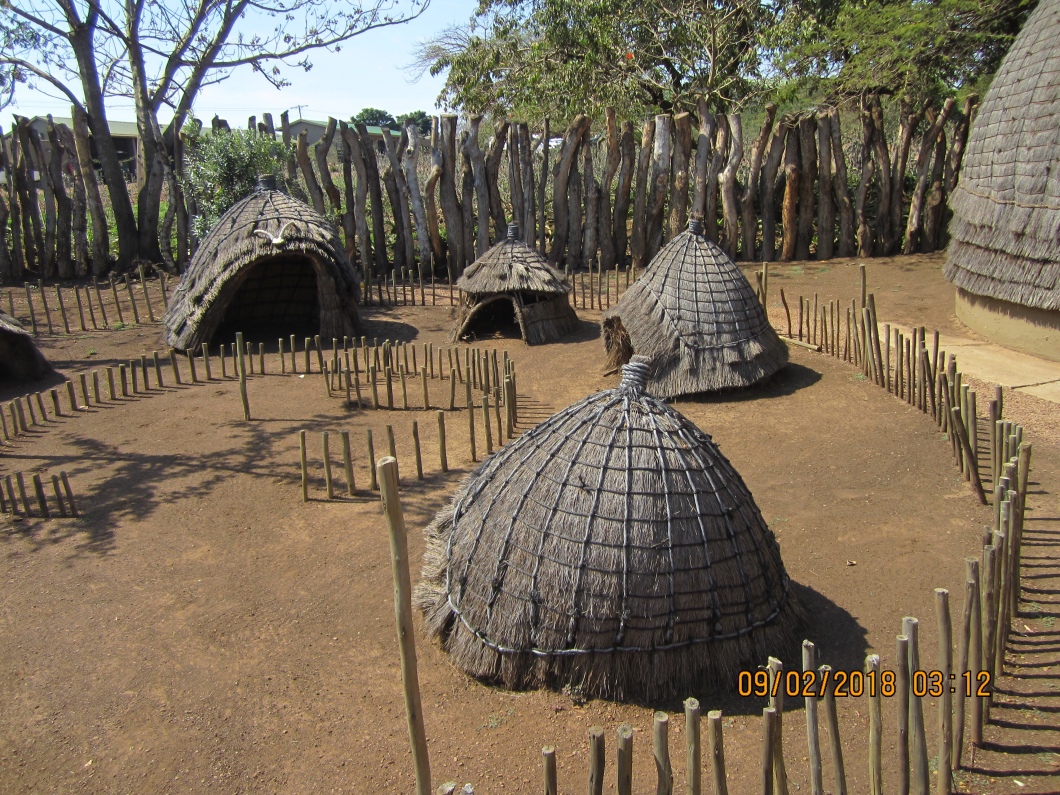 A man needs 11 cows to get married, and if he gets divorced he loses them all. Polygamy is common, or at least it was. I am not sure how many modern Zulu women are delighted with that arrangement. I had an offer to be someone’s fourth wife. I declined. If I can’t be first wife, I am just not interested! (G)

The most fun part of it, though, was the music! The Zulu group does a demo of dancing and singing every night at the lodge, and I loved the drums, dancing, syncopation and harmonies, just wonderful. For the village tour, they play marimbas at the end, then invited us to play along. It was great. It’s a Western scale, which I wondered about. I asked if that was a Zulu scale, or if they had adapted their music to the scale of the instruments. Turns out it is the latter, but very energetic. The young men playing just came alive when they were doing it. There is something so very therapeutic about banging on something to make music! 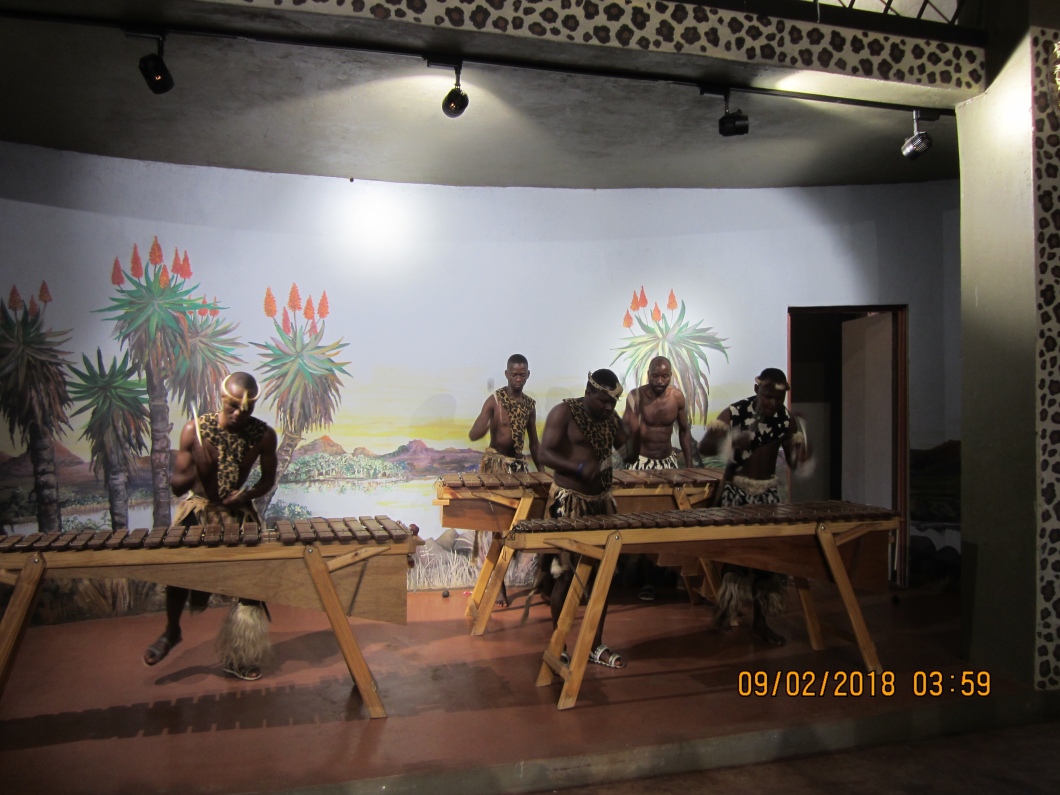 So fun the play along! The marimbas were made in Zimbabwe (I asked) and were beautiful, very resonant and really nicely tuned. If you can tune a marimba…I know zip about that, except that I just plain liked the sound. 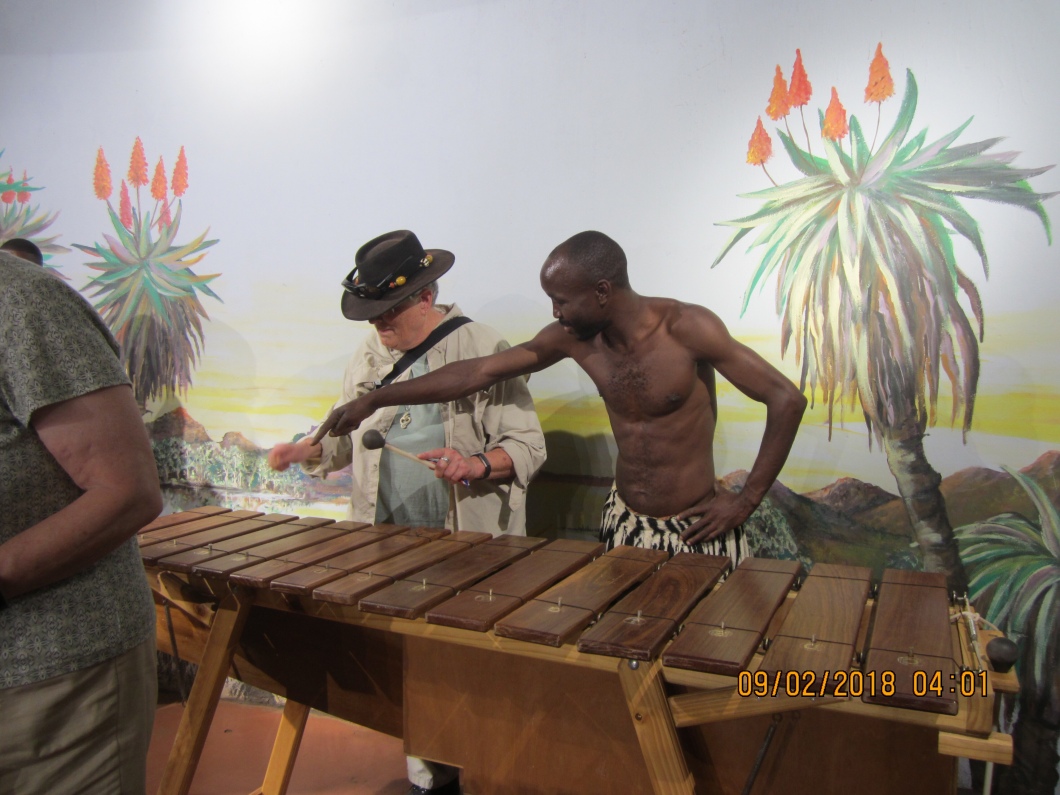