We went to the Burren Perfumery. Had never visited a perfumery before. They make all of their products, from perfumes to ointments, using local flowers and plants, many of which they grow on their own grounds. I didn’t get any perfume, but I did take pix of these beautiful hyacinths, the first I’d seen this year. 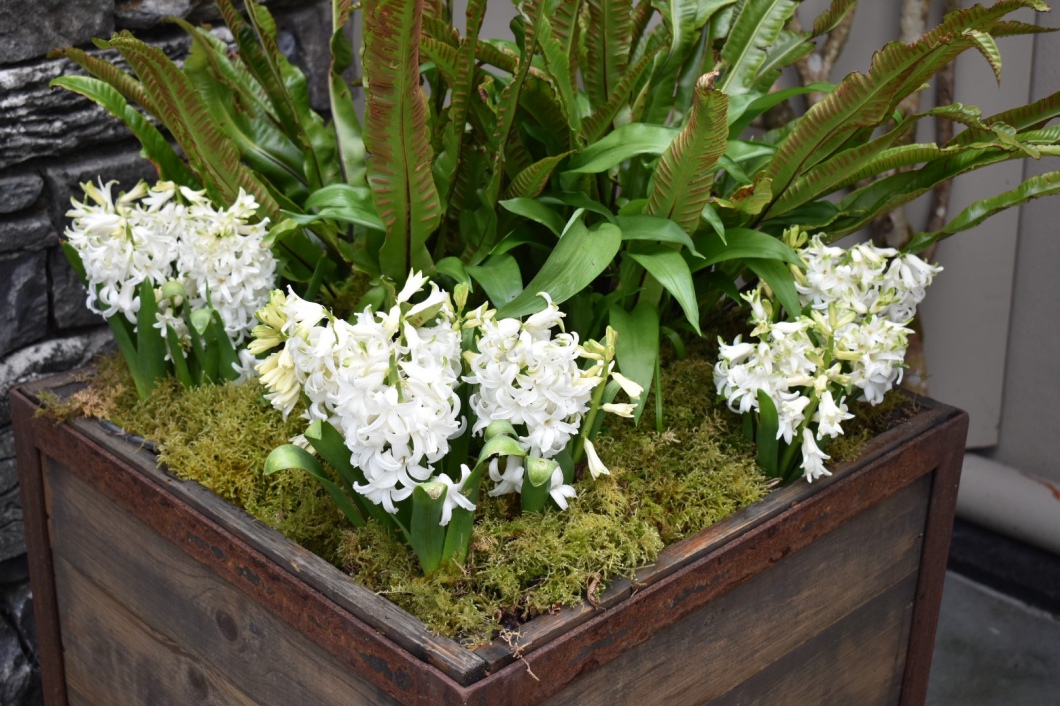 The Cliffs of Moher, a well-set-up tourist site. The wind was, of course, blowing, and we elected not to take the path to the top of the cliffs for fear of being blown off! It’s an impressive site, the more so because unlike the chalk cliffs of Dover or the Seven Sisters in England, these are not wearing away much at all. 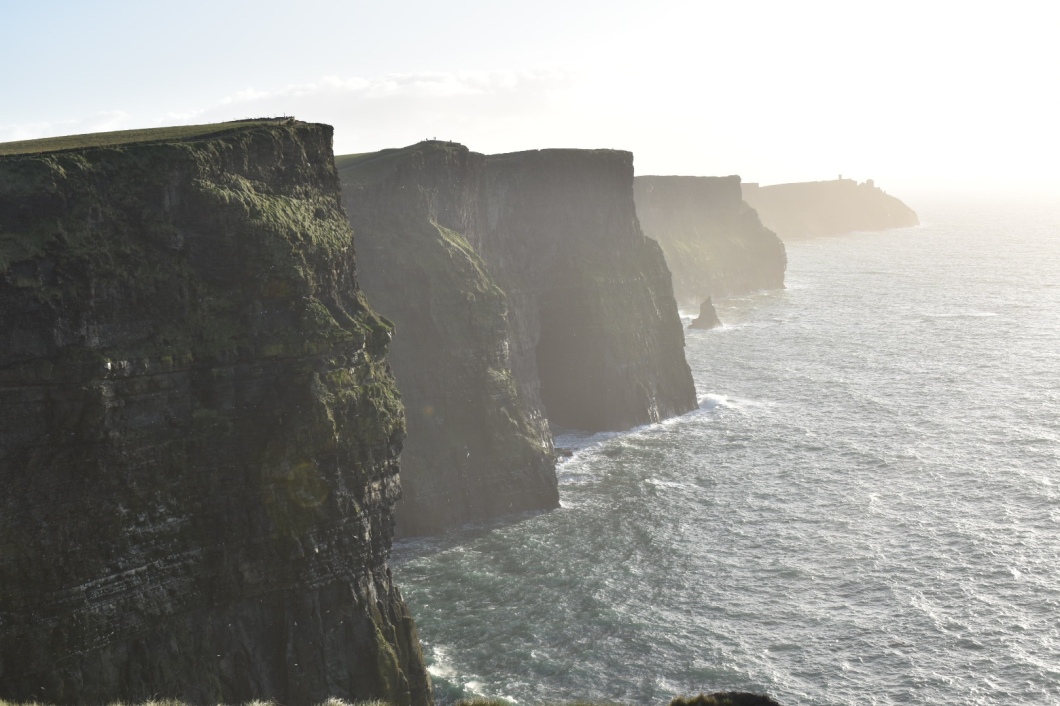 Other than the wind, it was a gorgeous day. 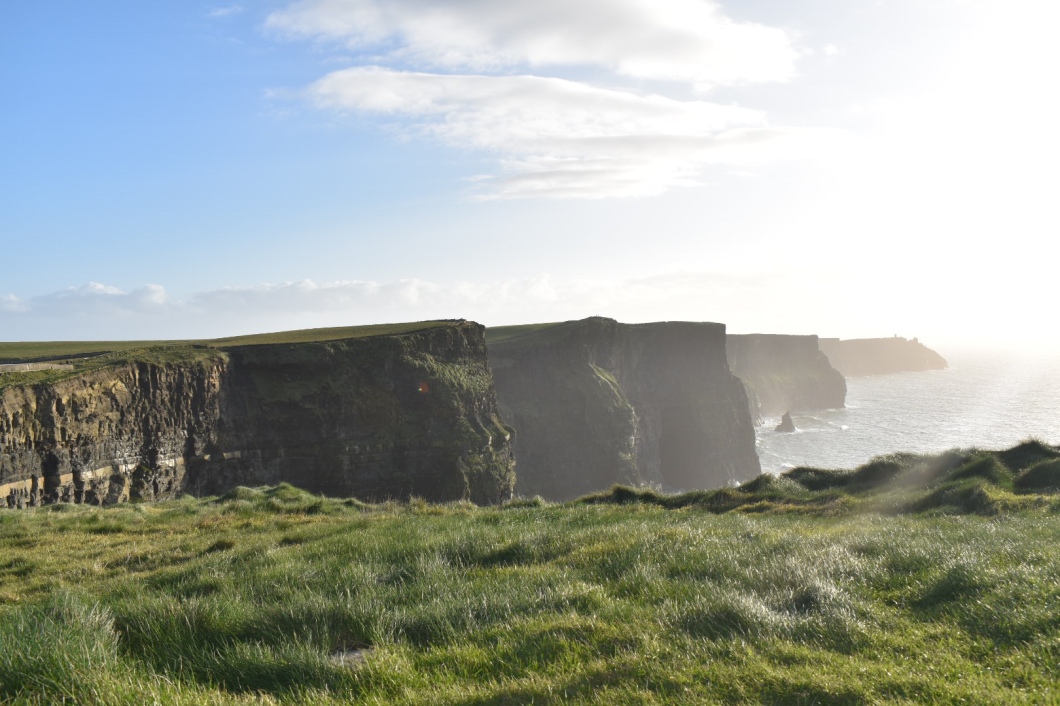 We went to Ailwee Cave, which is one of the many caves on this part of the coast. This one was discovered in the 1940’s by a farmer, and made into a tourist site. Really interesting, with the rock layers and other cave features that I’d read about but never seen in person. Stalagmites, stalactites, straws, all of it. The path through the cave has been enlarged somewhat, in order to put in a metal walkway and raise the height in order to be more tourist-friendly. 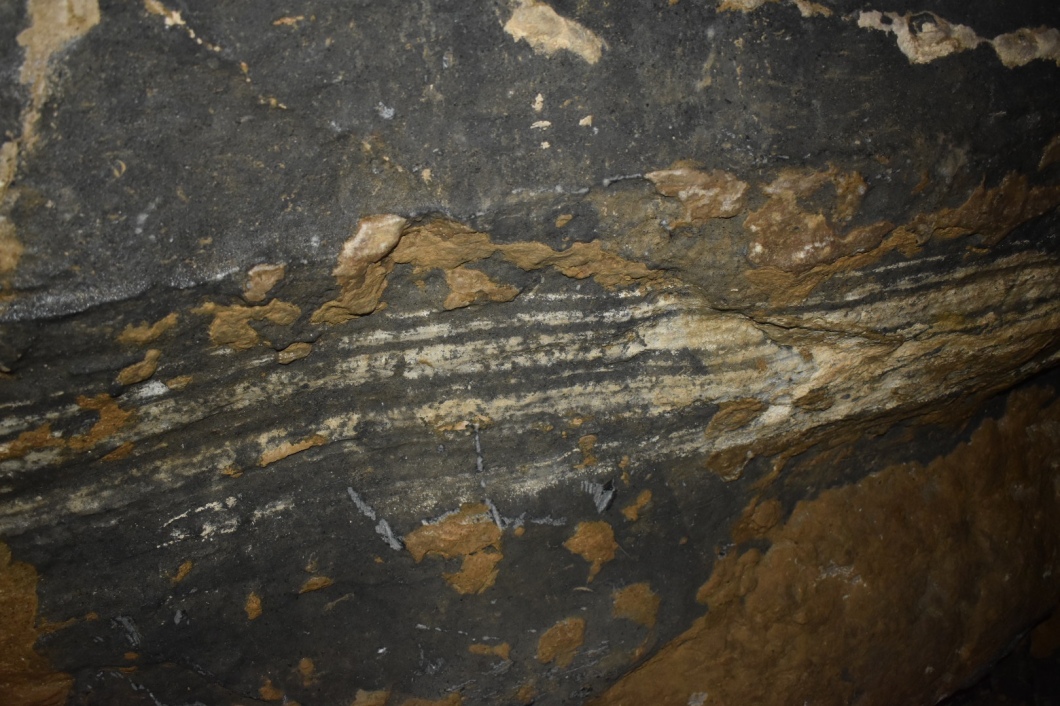 And a lot of fossils. The other features of the cave, such as stalagmites, are formed from groundwater carrying calcium from the fossils. 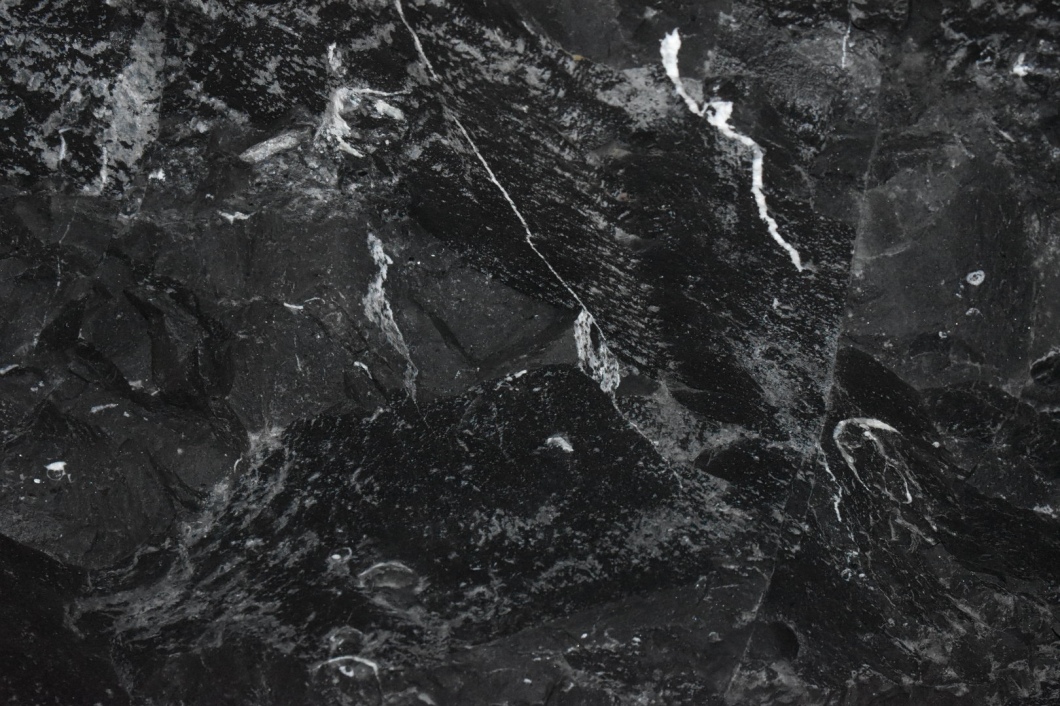 The caves are wet enough to have algae and moss. Here is moss, illuminated so it’s easy to take a picture. 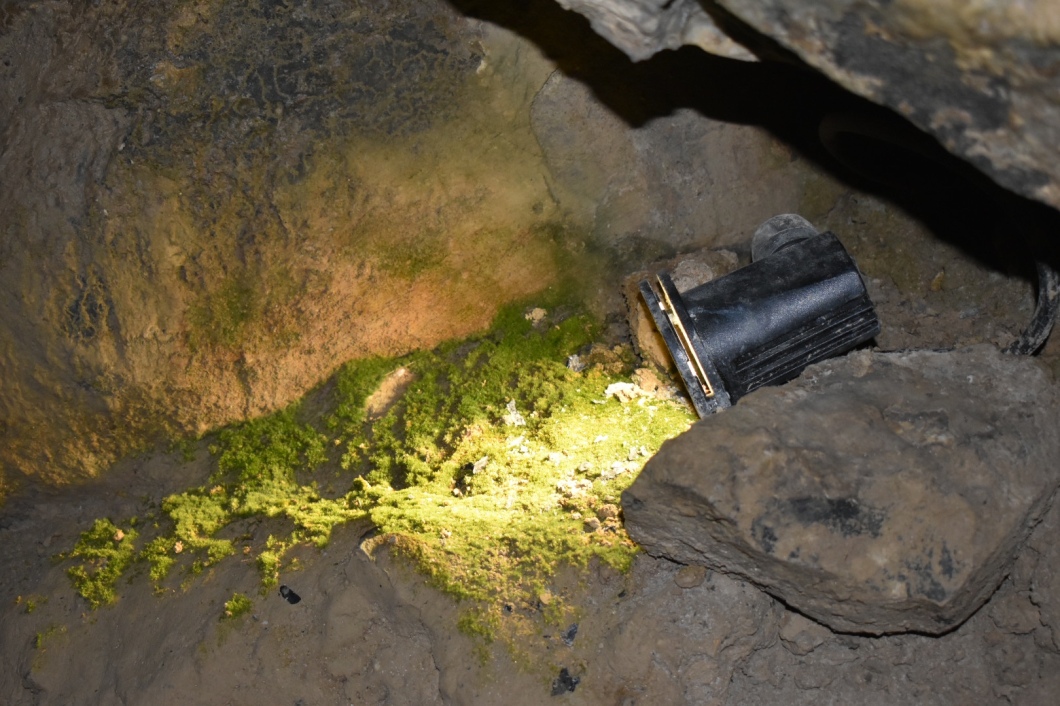 The green in this picture is algae growing on the cave wall. 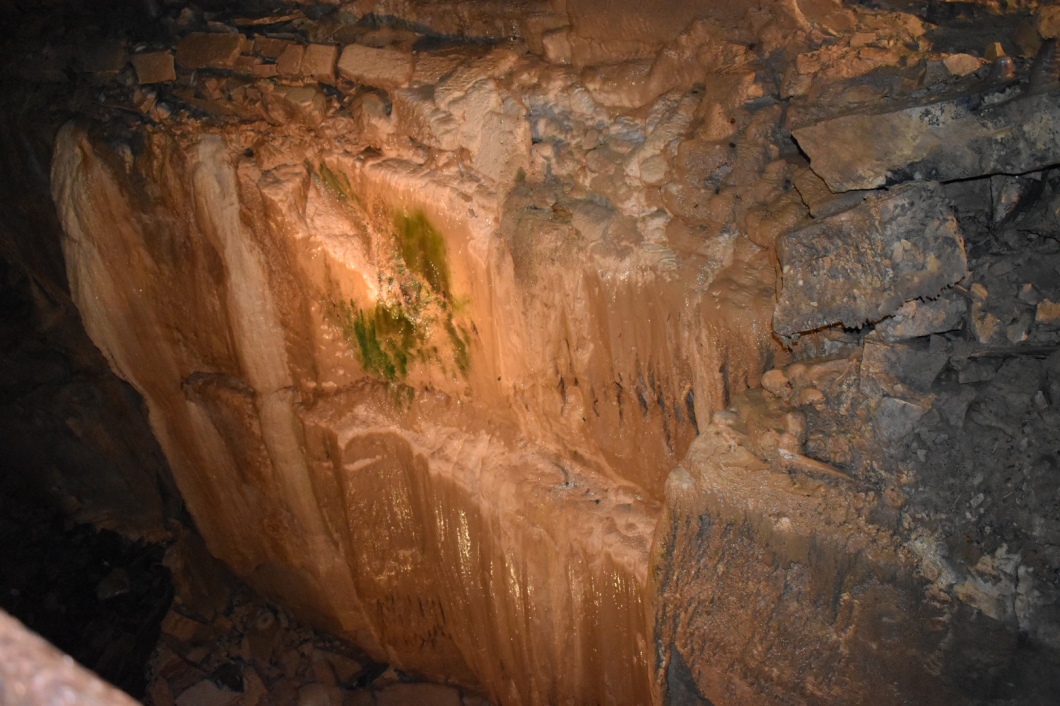